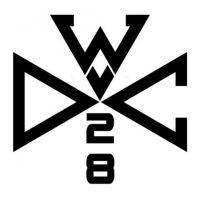 Hey, my name is Will, known as WillieDC28 on Twitch. My name comes from my actual name. The D and C are my middle and last initials with the “28” a favorite number of mine I always put on created players in Madden. I play numerous kinds of games from fighting games to JRPGs(my favorites) to multiplayer team games(like Dead by Daylight & Overwatch) and so on. Come see me because I like to achieve excellence in my video games and I have a ton of “Only this would happen to me” moments when i play. Things will get hectic and hilarious all in the same moment. I’d like to believe I’m pretty likable plus I like to interact with people in the chat as I myself am pretty chill unless I’m playing something competitive. Streaming is one of the most fun things I’ve done in years being able to play games for people’s entertainment. I mostly find myself starting my streaming between the hours of 6pm-8pm CST as I go into the night. Usually the early part of my days are filled with errands so if an earlier stream does happen I say consider it a surprise! Other than that I say come by and say hi to me. I’d be glad have you stop by!