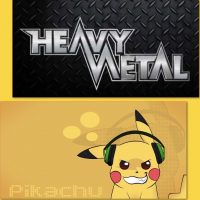 Hello, I’m charizard4249 on twitch. I stream Saturday’s/Sunday’s 10am-3pm/4pm EST(February-Early May/September-early December), Tues/Thurs/Sat/Sun 10am-3pm/4pm EST(December-January/Mid May-August). I stream a lot of RPGs like (Pokemon, Final Fantasy, Dragon Quest, Kingdom Hearts, other popular Japanese RPG’s), on super-rare occasions Fighting games like (Super Smash Bros Ultimate, Mortal Kombat 11, Pokken Tournament), and Party Games(Special streams only). I love making genuine connections with everyone and having a great time chatting and playing some great games. One thing that makes me engaging is I like to get people involved with the games that I’m playing or having a good laugh. I love making friends with everyone who shows up and just like having a great time with everyone. I still stream on a laptop and capture my gameplay from the console. For me streaming is a time for me to bring the games I enjoy playing to life, no matter how old a game is you can still breathe new life into it if it’s my first time playing it. Most if not all my playthroughs on the channel are first time, and blind playthroughs. Currently playing through Final Fantasy X, and about to move onto a new game on my streams. I got into streaming for the first time in January 2020. I’ve been an avid watcher of twitch since 2013 and decided this was the year to take the content creation plunge.
Outside of streaming, I’m a college student studying Business Administration nearing the end of my degree program. I also love listening to music mostly Heavy Metal/various metal subgenres, pop-punk, hard rock, etc. as well as enjoying time with friends/family, watching anime, and enjoying the most out of life. As a kid, I reached the rank of eagle scout in United States Boy Scouts of America. My favorite video game franchise of all time is Pokémon and it’s also my favorite Anime. If you enjoy any of these kinds of stuff check me out or hit me up on any of my social medias