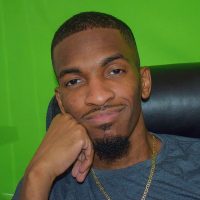 The name 1UpFritz came about mostly because the name Fritz was taken. The name Fritz is actually a nickname my uncle used to call me because I was born in Germany and that was used as a Slur for Germans in the world war. Anyway I’m a variety streamer on twitch that mostly plays single player/story based games like Alan Wake, The Last of Us series, and Spider-Man. I’m still trying to find my niche so I started adding fighting games and shooters to the mix. I work a full time job so I try to stream on days that I’m off or get off of work early. I guess the thing that draws viewers to my stream is mostly gameplay and how I interact with the chat. I’ve been using the Elgato Stream Deck mostly for reactions on stream. Like dying from a glitch or just responding to someone in the chat. I started taking full advantage of the point system twitch has, which would allow viewers to affect the stream. From playing blind folded to doing a match without blocking, I’ll do whatever it takes to keep the stream entertaining.